Edge Computing: How Low Will the Clouds Fall? 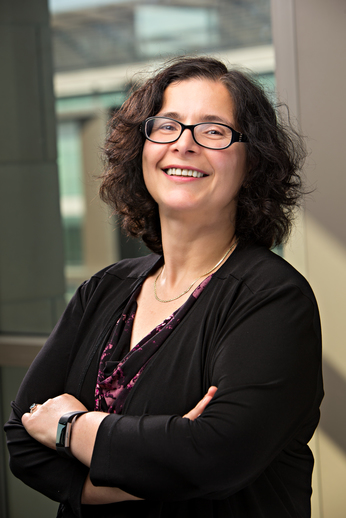 The computing community reached a reasonable level of consensus on how to deploy cloud computing services to benefit a variety of workloads, from enterprise and web 2.0 applications to big data analytics and even HPC. Now there is a lot of buzz around Edge Computing, where we optimize cloud computing systems by performing data processing at the edge of the network, near the source of the data.

This talk traces the path from Cloud to Edge Computing and discusses how Edge Computing may address the significant hurdles introduced by Internet-of-Things applications.

Dilma Da Silva joined the Department of Computer Science and Engineering at Texas A&M University as its new department head in 2014. Her primary research interests are cloud computing, operating systems, distributed computing, and high-end computing. Before joining Texas A&M, she worked at Qualcomm Research in California (2012-2014), IBM Thomas J. Watson Research Center in New York (2000-2012) and the University of Sao Paulo in Brazil (1996-2000).

Dilma is an ACM Distinguished Scientist, a member of the board of CRA-W (Computer Research Association's Committee on the Status of Women in Computing Research), a co-founder of the Latinas in Computing group, and an event liaison with USENIX. She served as an officer at ACM SIGOPS from 2011 to 2015 and chaired the ACM Senior Award Committee in 2015. She is an Associate Editor for several journals, has chaired 30 conferences/workshops and participated in more than 100 program committees. She has published more than 80 technical papers and filed 15 patents.

Dilma received her doctoral degree in computer science from Georgia Tech in 1997 and her bachelor’s and master’s degrees from the University of São Paulo, Brazil.