Quantum vs Classical Optimization: a Status Update on the Arms Race 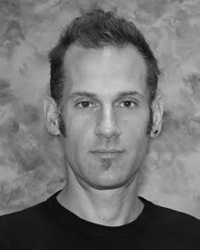 Can quantum computers meet the tantalizing promise of solving complex calculations - such as optimization problems or database queries - faster than classical computers based on transistor technologies? Although IBM recently opened up their five-qubit programmable quantum computer to the public to tinker with, the holy grail of a useful large-scale programmable universal quantum computer is decades away. While working mid-scale programmable special-purpose quantum optimization machines exist, a conclusive detection of quantum speedup remains controversial despite the recent promising results by Google Inc. In this talk a head-to-head comparison between quantum and classical optimization approaches is given. Current quantum annealing technologies must outperform classical devices to claim the crown in the race for quantum speedup.

Helmut Katzgraber was born in Lima, Peru and is Austrian citizen. After growing up in Lima and completing military duties in the Austrian army, he studied physics at ETH Zurich where he graduated with a Diploma with distinction under the supervision of Prof. Gianni Blatter. He received his PhD in Physics in 2001 under the supervision of Prof. A. Peter Young at the University of California Santa Cruz for numerical studies of spin-glass systems. After a one-year postdoctoral position with Profs. Gergely Zimanyi and Richard Scalettar at the University of California Davis where he worked on numerical studies of magnetic recording media, he returned to ETH Zurich in 2002 as a postdoctoral fellow in the group of Prof. Gianni Blatter at the Institute for Theoretical Physics. In 2007 he was awarded a Swiss National Science Foundation professorship and in 2009 he joined TAMU as a tenure-track assistant professor. In 2011 he received an NSF CAREER award. In 2012 he was tenured and promoted to the rank of associate professor in the Physics and Astronomy Department at TAMU and in 2015 promoted to professor. In parallel, since since 2014 he is external faculty member at the Santa Fe Institute in New Mexico. His main research fields in computational physics are the investigation of disordered and complex systems, as well as the study of problems related to quantum computing.