Difference between revisions of "Grace:Intro" 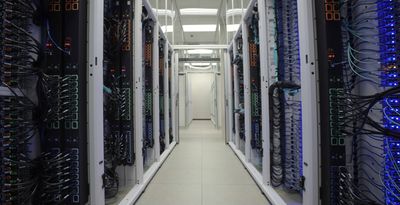 The interconnecting fabric is a two-level fat-tree based on HDR 100 InfiniBand.

High performance mass storage of 5 petabyte (usable) capacity is made available to all nodes by the DDN Lustre storage. Also, 3.3 PB of Lenovo DSS GPFS storage is for their respective research labs.